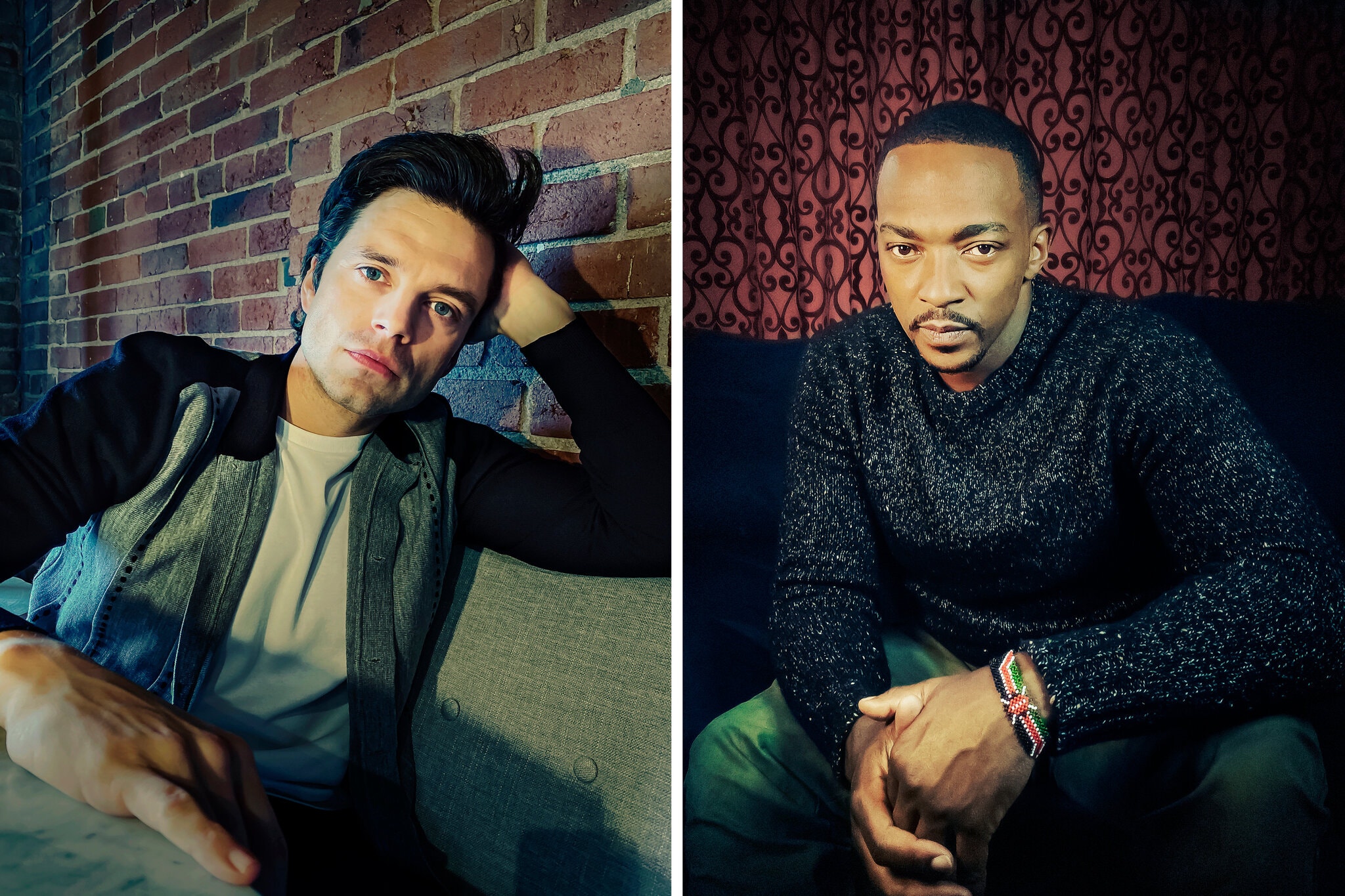 When Anthony Mackie got the call that the executives at Marvel Studios wanted to meet with him shortly after the release of the 2019 superhero blockbuster “Avengers: Endgame,” he figured he was either getting a new gig or getting fired.

But after several years and multiple Marvel films in which he had played Sam Wilson, that airborne ally of Captain America who is also known as the Falcon, Mackie was feeling optimistic.

“I’m walking in with the assumption that the next ‘Captain America’ movie is going to be me,” he said.

So Mackie traveled to the Marvel offices in Burbank. “I put on a suit,” he said. “I sit there like they’re about to tell me the best news I could ever get.” His ebullient voice receded ever-so-slightly as he continued: “Then they’re like, ‘We’re going to do a TV show,’” he said.

Beyond the fleeting dismay that he wasn’t being offered another film, Mackie said he was fearful that he wouldn’t be able to translate the Marvel brand to TV.

“I was taken aback,” he said, “mostly because I didn’t want to tarnish the Marvel moniker.”

This was how Mackie first learned of “The Falcon and the Winter Soldier,” the new Disney+ series that will make its debut on March 19 and continue the adventures of those two reluctant allies, played by him and Sebastian Stan.

Arriving two weeks after the finale of “WandaVision,” “The Falcon and the Winter Soldier” is Marvel’s second show that seeks to extend the characters and momentum of its cinematic universe into streaming television. Its narrative mission is straightforward: to tell the next chapter in the story of its title characters, last seen in “Endgame,” after an aged Steve Rogers (Chris Evans) has retired as Captain America and given his shield to Sam Wilson.

In both its story and its subtext, this show asks, how can the Marvel franchise continue without one of its most prominent figures?

As Stan explained: “We’re going to explore where these two guys left off, with one big character missing — the prominent figure that brought them into each other’s lives. Where are they, and how are they coping with the world?”

“The Falcon and the Winter Soldier,” consisting of six 45-to-55-minute episodes to be rolled out weekly, offers timely explorations into the nature of patriotism and extremism and the values of inclusivity, diversity and representation, set in a world striving for stability after a global catastrophe.

It is also a series freighted with implications for the Wilson character and for Mackie the actor, who, in a universe with precious few Black heroes, now have the chance to become full-fledged lead characters after long careers as sidekicks.

“I’ve gotten used to being the guy overlooked,” Mackie said. “It’s become part of my brand.”

The stage was set for “The Falcon and the Winter Soldier” about two years ago, when Disney introduced its Disney+ streaming service and turned to its subsidiary studios for original content.

At the same time, the Marvel Cinematic Universe was arriving at a narrative turning point with “Endgame,” which said farewell to beloved characters like Steve Rogers while creating opportunities for new champions to rise.

Kevin Feige, the Marvel Studios president, said that from the outset, his company wanted its Disney+ programs to feel as significant as its movies in terms of their production values and of the characters and stories they included.

In Lady Bird Johnson’s Secret Diaries, a Despairing President and a Crucial Spouse
“As far as Marvel Studios is concerned, the M.C.U. now lives in features and in shows,” Feige said. “We really wanted people to get used to the idea that it was going to be a back-and-forth. The story will be consistent across it and just as important in both places.” [More at Source]

Feature: Anthony Mackie and Sebastian Stan on The Future Of Marvel