Feature: Anthony Mackie and Sebastian Stan on The Future Of Marvel 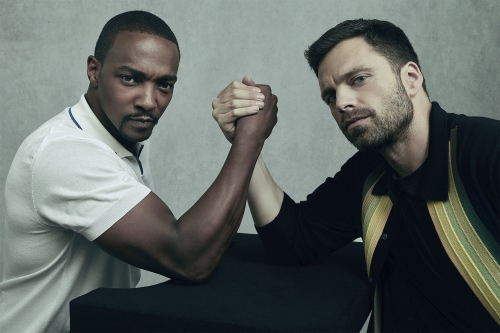 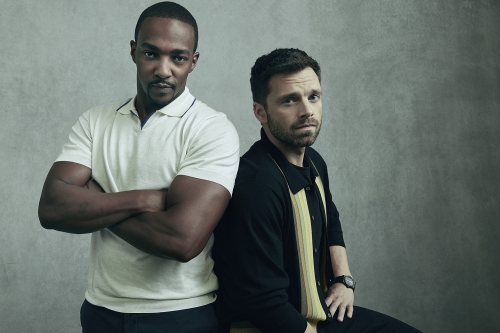 The Captain America films are renowned for holding a mirror up to society, acting as parables for the modern world. Sure enough, as soon as Steve Rogers retired the shield and hung up his star-spangled boots, the world moved into uncharted, uncertain territory. Now, Anthony Mackie and Sebastian Stan face the task of continuing a legacy that’s been built on values of courage and responsibility. Add mateship to that equation and you have a pair of comic book heroes uniquely equipped to meet the challenges of our times.

Over the past decade I’ve felt a difference within myself. A change, a pull, a stirring. And as the Zoom call connects and my face pops up between Anthony Mackie and Sebastian Stan, my suspicions are confirmed: I’m a nerd.

Of course, I’m not alone. The slope to Marvel fandom is not only slippery, it’s one that’s claimed millions around the world in the last decade-and-a-half. It’s the original pandemic, a wave of nerd culture sweeping up millennial males, driven for the most part by the creative forces behind Marvel Studios.

Over the course of 23 films, the Disney-owned studio has brought the comic book heroes of our childhood to the big screen, intricately weaving together a saga that culminated in 2019’s Avengers: Endgame, the highest grossing film of all time. Beyond their box office clout, these films have had a profound impact on popular culture. They’ve created superstars of their casts, spawned a new generation of fitness idols and provided a great deal of fodder for this very magazine.

Here and now, I find myself positioned between two of the linchpins of the Marvel Cinematic Universe (what us nerds call the MCU), trying my very best not to geek out. Maintain professionalism, don’t be a dork, do your job.

“How are you, boys?” I say, intentionally lowering my voice to mask my delight at the situation.

My inner geek stirs. So well cast are Mackie and Stan, that even their homes are reflective of their onscreen alter egos – Sam ‘Falcon’ Wilson and Bucky ‘The Winter Soldier’ Barnes respectively. To my relief, they’re both equally excited to be here, clearly relishing the opportunity to once again be back saving the world, and many others, in the process. [More at source]